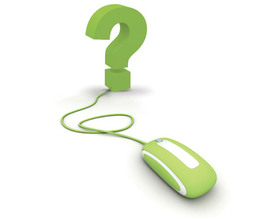 Q. Can I Legally Own A Firearm?

A.
 ANYONE UNDER INDICTMENT FOR A CRIME FOR WHICH THEY COULD
BE IMPRISONED FOR MOR THAN ONE YEAR.

 ANYONE CONVICTED OF A CRIME FOR WHICH THEY COULD HAVE BEEN
IMPRISONED FOR MORE THAN ONE YEAR.

 ANYONE WHO IS AN UNLAWFUL USER OF MARIJUANA, NARCOTICS OR
ANY CONTROLLED SUBSTANCE.

 ANYONE WHO HAS BEEN ADJUDICATED MENTALLY DEFECTIVE OR
INVOLUNTARILY COMMITTED TO A MENTAL INSTITUTION.

 ANYONE DISHONORABLY DISCHARGED FROM THE ARMED FORCES.

 ANYONE IN THE UNITED STATES ILLEGALLY.

 ANYONE SUBJECT TO A COURT ORDER RESTRAINING THEM FROM
HARASSING, STALKING OR THREATENING AN INTIMATE PARTNER OR CHILD OF A PARTNER.

 ANYONE CONVICTED OF A MISDEMEANOR CRIME OF DOMESTIC
VIOLENCE.

A PROHIBITED PERSON CANNOT RECEIVE OR POSSESS A FIREARM.

A LICENSED DEALER MAY NOT TRANSFER A FIREARM TO ANYONE THEY HAVE CAUSE TO BELIEVE IS PROHIBITED.

THESE ARE VIOLATIONS OF FEDERAL LAW AND MAY RESULT IN FINES OR
IMPRISONMENT OF UP TO 10 YEARS.
New York State Pistol Permits FAQs

Q. What happens to lawfully possessed firearms belonging to a licensee who has died?

A. The person designated as the executor or administrator of the deceased's estate may lawfully possess the firearms in question for a period of up to 15 days for the sole purpose of lawfully disposing of the firearms.

If this cannot be accomplished within the 15-day time frame, the weapons must be surrendered to a law enforcement agency who would then hold the weapons for safe keeping for a period not to exceed 2 years during which time the weapons may still be disposed of.

If the weapons are not disposed of within that time period, they will be classified as nuisance properties and destroyed.

Every spouse should have their own permit/license with each handgun on both permits/licenses. All other firearms should be cataloged for easy transfer of ownership.

Q. Are antique handguns subject to the same laws as those applied to modern handguns?

A. The Penal Law definition of antique firearm is generally applied to muzzle loading black powder firearms, but also applies to pistols or revolvers "that use fixed cartridges which are no longer available in the ordinary channels of commercial trade".

Muzzle loading pistols or revolvers do not have to be registered on a pistol permit if the owner never intends to fire them.

If they are possessed in a loaded condition or are simply possessed simultaneously with the components necessary to make them fire, they must first be registered on a valid pistol permit.

Q. What section of the Penal Law authorizes the placing of restrictions on pistol permits by the issuing authority?

A. The Penal Law does not specifically authorize the placing of restrictions on pistol permits. However, court decisions have consistently supported the ability of licensing officials to impose these restrictions. Such an imposition is an administrative function of the licensing officer.

Licensees in violation of these restrictions would therefore not be subject to criminal prosecution but would face action being taken by the court of issuance in the form of suspension or possible revocation of the license.

Q. When can a licensing officer revoke a pistol permit?

A. The New York State Penal Law provides a number of instances which mandate the automatic revocation of a pistol permit, such as conviction for a felony-level crime or a serious offense.

The law also provides for the cancellation of a license at any time by a judge or justice of a court of record who decides that a licensee is no longer fit to possess firearms.

Q. Can a licensee who owns two homes in separate counties obtain pistol permits in both counties?

A. No. An application for a pistol permit can only be made in the county in which the applicant primarily resides.

Q.  Is it lawful to ship a firearm through the mail or by common carrier?

Yes, under certain circumstances. A licensee may ship a handgun to a gunsmith or back to the manufacturer for alteration and/or repair.

Q. Is a pistol permit issued by a licensing officer in an upstate county valid in New York City?

A. No. A pistol permit issued by an upstate county is valid in any other county in New York State except New York City.

In order for an upstate licensee to lawfully carry a handgun in New York City, he/she must first make application with the New York City Police Department to have their permit "validated." An investigation will be conducted to determine the authenticity of the license, after which a "needs assessment" will be conducted to determine whether the applicant has sufficiently demonstrated a "need" to possess a handgun under the circumstances provided.

The simple desire to possess a handgun while in New York City, without some other extenuating circumstances, will not serve to present a "need" suitable to receive authorization. In cases where "need" is sufficiently demonstrated, permission will be given, usually for a specific period of time, after which the process would start over again.