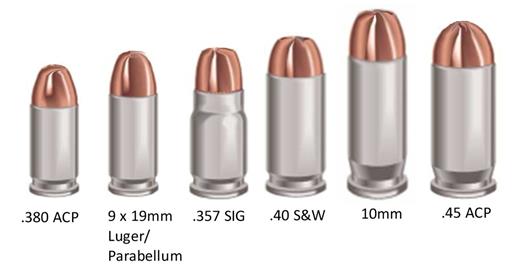 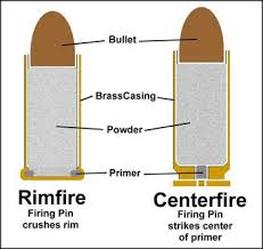 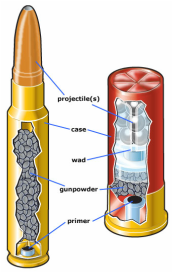 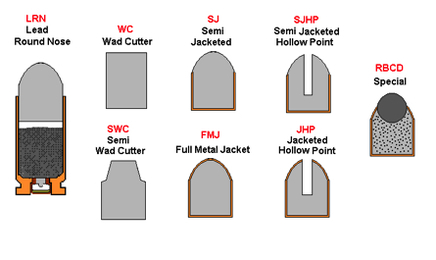 Ammunition can be a very intimidating subject for those who do not know much about firearms.

​Selecting ammunition for hunting or personal defense is a very important decision with strong implications for the performance and safety of your firearm. With lots of opinions, misinformation, and geek-speak floating around on the topic, it can be overwhelming to the point of exasperation.

Basic Components of Ammunition
The basic components of ammunition are the case, primer, powder, and projectile(s). Shot shells have an additional component called wad.

​So before we go on to a quick look tying measurements to the actual cartridges, it’s important to note the four components:

The good news is, it’s actually a really simple topic, once you understand some of the basic terms. So, with that in mind, let’s learn about various types of ammunition, some of the common lexicon, and how to judge what is “best” for you.

Although people commonly say just ".45 caliber" or "9mm" those are just measurements and are not precise descriptions of cartridges.
When most people say .45 caliber, them usually mean .45 ACP (Automatic Colt Pistol) which is the common round used in semiautomatic pistols. There are other .45 caliber cartridges, however, like the .45 Long Colt, .454 Casul, and many others.
Likewise, when people say 9mm, they usually mean the 9x19mm, 9mm Luger, 9mm Parabellum cartridge, which are all different names for the same common 9mm cartridge. There are other much less common 9mm cartridges, but in the US, it is a safe bet this cartridge is what people are referring to. I hope this clears things up a little.

Ammunition is generally expressed in a measurement. Most of the world uses a metric rating, while the commercial market in the United States uses a U.S. standard measurement. This can create some confusion, but more on that later.

The measurements in metric are almost always a “diameter to length” ratio; for example, a bullet in the caliber:


​Caliber" is the term for size designations for bullets (projectiles) and the inside diameters of the gun barrels through which the bullets are fired, as well as for the complete cartridges (rounds) and the area--called the firing chamber--in which the cartridge is inserted at the back end of the barrel preparatory to the bullet being fired out the barrel.

"Gauge" is a term for a similar purpose in relation to shot shells (for shotguns).

Caliber is expressed in units of either inches or millimeters (mm).

The case of the "magnum" is both longer than the others and has a diameter somewhat greater than the actual projectile diameter, so the magnum cartridges will not fit in a gun chambered for .22LR--and these cartridges produce considerably greater energy and projectile speeds.

The words "magnum" and "super" in caliber designations always mean more projectile energy than for cartridges without the word.  The ".357 magnum" is a caliber for a cartridge that is closely the same as the ".38 special" except for the fact that its case is longer and contains more gun powder, and therefore produces greater projectile energy than the .38 special.  The .38 special is the caliber for the revolver that was long the standard weapon for police and for civilian self protection.  It and the .357 magnum are still much used in this manner.

A .357 magnum revolver can shoot .38 special cartridges in addition to the "mag" cartridges.  This is done often for target practice because the smaller cartridges are cheaper and don't "kick" as hard.  The .357 magnum is also used for hunting by people who like to give the animal more of a chance than they would get from a hunter with a rifle (the handgun hunter has to get closer, because the handgun is not as accurate as a rifle).

Some of the inch calibers mentioned earlier generally refer only to cartridges for automatic or semiautomatic handguns.  For example, the .25 and .380 are common calibers for such handguns but not for revolvers.  Others calibers are common only for revolvers (like .38 special and .44 magnum).  For some, however, there are cartridges for both types of guns.  An example is ".45 Colt" for revolver and ".45 ACP" for automatic and semiautomatic.  For some numerical designations there may be several different calibers differentiated by the appended word(s)/abbreviation.

".223" is a small caliber originally developed for warfare.  ".270 Winchester" is a commonly used big-game hunting caliber.  For some numerical designations, again, there are several different calibers that are differentiated from each other with word modifiers of several types.

There are also numerous rifle calibers that are identified with usually a two digit decimal number followed by a dash or a slash, then another number.  Examples: .22-250 Remington, .30-.30 Winchester, .25/06 Remington and .30-06.  The meanings of these second numbers are not consistent.  For the "30-aught-six" the 06 refers to the year of invention, 1906. ACP, GAP, COLT, etc. differentiate manufacture and their manufacturers and represent slight variations.


METRIC DESIGNATIONS FOR CALIBER Handgun calibers are commonly identified as something like "9mm Luger" or 10mm.  These both are cartridges for automatic and semiautomatic handguns.

Numbers like "7.62x33mm" are metric designations for rifle calibers.  This one is a caliber equivalent to the ".30 caliber carbine" cartridge.  The 7.62 is the diameter of the projectile in millimeters.  The "33mm" is the length of the cartridge case.  Another example is "7x57mm Mauser."


SHOTGUN AND SHOT SHELL GAUGE DESIGNATIONS One shotgun gauge, the ".410," is a decimal inch designation for inside barrel diameter (i.e., the "bore").  Other gauge designations are different.  There are 10 gauge, 12 gauge, 16 gauge and 20 gauge.  The larger the number, the smaller the barrel inside diameter.  The numbers are the numbers of spherical lead balls--of diameters equal to the inside diameter of the gun--that are required to total up to a pound of lead.  The greater the barrel inside diameter, the fewer balls are required to make the pound.

Types of Bullets. Bullets come in various types that are denoted as suffixed acronyms; these bullet types can be visualized here.

There are several other types:

SP – Soft Point – the tip of the bullet is left uncoated (exposed lead)
AP – Armor Piercing – this ammunition has a alloy core, instead of lead
BT – Boat Tail – this means that the rear end of the cartridge is tapered to stabilize the projectile in flight
BTHP – Boat Tail Hollow Point is a combination of the Boat Tail and Hollow Point Features

This image demonstrates the cartridges and lists them below in order of descending length:

Thoughts on:Ammunition (and caliber) is a hotly contested issue. The 5.56mm has been lauded as inefficient and underpowered, while the Afghans nicknamed the Soviet 5.45 x 39mm “The Poison Bullet” due to the smallest injuries resulting in death.

There’s less than 0.11mm difference between them, so why the disparity? Truthfully, it doesn’t exist.

Design has a lot to do with it – the Russians designed the 5.45 with a hollow cavity in the rear of the bullet, which causes its lighter rear end to ‘turn’ immediately upon impact, sending it on a wildly erratic path once it enters tissue, a process called “keyholing”. The 5.56mm used by American forces, by comparison, is a simple, jacketed ball round, not meant to maim or cause excessive wounding. Bullet design has a lot to do with what the bullet is good at, as well as what it is not.

Ball ammunition, for example, is notorious (in both handguns and rifles) for passing through the intended target (or drywall, OSB, vehicles, and so forth) and striking ‘unintended’ targets. For this reason, Hollow Point ammunition is used by most professionals and citizens. This is because upon striking a target, hollow points rapidly expand in diameter, which creates drag and slows the projectile, making it both larger and more likely to strike vital targets, while decreasing the likelihood that it will pass through the target.

Another important note to make is that Hollow Points, though they sound terrible and nefarious, are actually far safer to use for defense than is ball (which sounds pretty unimpressive) because of this reason. Hollow Points are *not* “Armor Piercing” rounds, and this means they are not regulated in any capacity (yet) though some are restricted to Military and L.E. purchases.

Armor Piercing rounds, while we’re on the subject, have a misnomer.

The body armor worn by police officers (Commonly referred to as IIIA, soft armor, or Kevlar) is penetrable by nearly every single production rifle round that’s above .22 caliber. For this reason, all rifle rounds could be considered “armor piercing”, unless we are discussing military-grade armor (Commonly known as IVA, SAPI or Ceramic Plate armor), which is made specifically to stop military ammunition. Therefore, the only “armor piercing” ammunition that’s made is made for rifles, and it only applies to military grade SAPI plates.

This is an important academic point as the political rhetoric continues to boil over – as a ban on “armor piercing” ammunition could easily be taken to mean “all rifle calibers other than .22”.

So, when you select ammunition for hunting or personal defense, it’s important to learn:

While all of this might seem daunting, your firearm will have the correct designation stamped on it, and unless you have a fairly uncommon firearm, it should be very easy to get the help you need.